Pyrex Versus Quartz: Which Vials Are Best For Your Mass Spectrometry Research

Regardless of the project you are working on, you need to choose all of your mass spectrometry supplies carefully, and that includes your test tubes or vials. Two of the most popular choices on the market are quartz and pyrex, which is referred as borosilicate in many cases. Both of these materials are customisable, and most mass spectrometry suppliers are willing to create the size and design you need. Beyond that, however, there are multiple factors you need to consider as you are narrowing down your choices:

If you need a more lightweight option for any reason, you may want to consider pyrex. Quartz is denser than pyrex, and by extension, a pyrex vial is lighter than a quartz vial of the same size. This can help with storage concerns or moving equipment, and in some cases, it may even affect shipping costs.

However, quartz is also stiffer than pyrex, and combined with the extra density, that makes quartz more likely to flex under its own weight. Because of that, you may want to choose pyrex, as it can be stronger.

Although the difference is small, quartz tends to resist thermal expansion more effectively than pyrex. If you are working with heat, you may want to keep this in mind and opt for quartz. If pyrex expands, even slightly, in hot conditions, that may skew your results.

In most cases, it works to sacrifice the slight strength advantage of pyrex for the relative heat-resistance of quartz. However, when you are working with cells in particular, you may want to consider how heat affects the energy of the cell itself.

Unfortunately, however, in spite of its ability to withstand exposures to higher temperatures than pyrex, quartz has the unwanted side effect of allowing energy to escape through it. In one study, comparing power loss through quartz and pyrex, the quartz lost significantly more power than the pyrex, and this effect became increasingly exacerbated as the temperature increased.

For example, with an approximate cell temperature of 200 degrees celsius, the pyrex or borosilicate experienced about a 1% power loss, while the quartz of the same thickness experienced a power loss of 5%. At 450 degrees celsius, the pyrex was losing just under 5% while the quartz was losing well over 15% and close to 20% power.

This effect can be slightly reduced if you double the thickness of the quartz, but even in these cases, pyrex outperforms the thicker option. Ideally, you should keep in mind how these differences may impact your mass spectrometry analysis. In most cases, it's better to reduce power losses and opt for pyrex. However, in cases where the heat involved in the experiment is simply too hot for the pyrex, you may want to use quartz and explore other solutions such as having an extra layer of cellular material around the cell being studied. This extra layer absorbs the heat from the vial without letting it affect the cell being analysed and causing it to lose power. 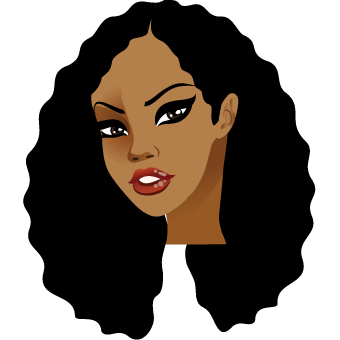 Having to drag around an IV pole all day long was making my daughter crazy. That pole was preventing her from enjoying many of the things that other girls her age were enjoying. I started looking for different things that could make being tied to an IV pole a little more fun and provide her with some normalcy in her totally un-normal life. If you have a child that is tied to an IV pole all day, my blog can help you. I have worked together with other parents to create this blog and find new and fun ways to make IV poles less of an intrusion in your child's life.